0 Items $0.00
Shopping Cart
0 Items - Subtotal: $0
COVID-19 Update: We are taking orders and shipping daily, however, delays may be expected due to safety measures for our staff.
Free Shipping
on Orders of $50 or more.
Activate savings

Free Shipping on Orders of $50 or more.

X
COVID-19 Update: We are taking orders and shipping daily, however, delays may be expected due to safety measures for our staff.

Free Shipping on Orders of $50 or more. 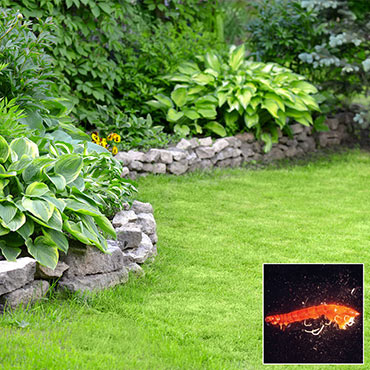 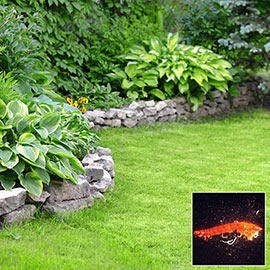 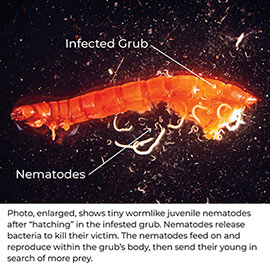 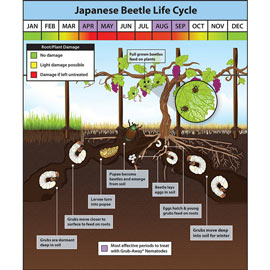 Grubs can make quick work of ruining your lawn, and the beetles they grow into can destroy edible and ornamental crops. Before you know it, what was thick, beautiful, green grass becomes filled with dry, brown patches that lift up with little to no effort. Then you may see a lacey effect on the leaves of fruit, veggie and ornamentals. If you notice these symptoms, grubs (and the beetles they grow into) are to blame. Don't let them win—use Grub-Away® Nematodes.

Thank you for signing up for our Newsletter!